What is Legacy Code? Is it code without tests?

If you work in IT, that’s a term you’ll hear often in your career. Developers talk about it a lot. Usually with a lot of negative connotations.

But what exactly do they call “Legacy Code”? Is it just old code? Or someone else’s code? In any case, you understood that it’s not “good code”.

Now, if you’ve been in the game for some time, you might have realized that everyone has a different opinion on what good code looks like. So, is there a useful definition of “Legacy Code” you can refer to?

If you looked around before reading this, you may have come across this description.

In his book Working Effectively With Legacy Code, Michael Feathers gives a clear definition of what Legacy Code means to him:

To me, legacy code is simply code without tests.

This is an insight from years of experience.

Why is Feathers saying that? Because without tests, it’s usually very hard to know everything a code can do.

If you need to understand what the code is doing, you need to read it carefully, play the computer in your head and envision all the possible scenarios. You can also test it manually to see what it does. Generally, code without tests is tricky to change without introducing a regression somewhere.

I like this definition. It’s a working one. More often than not, tests are missing. So that’s a good start.

But I think it’s not complete.

This is my definition of Legacy Code. Let me repeat that differently:

Maybe you’re looking for the root cause of a bug. Or maybe you’re figuring out where to insert your feature. You want to change the code, but you have a hard time doing so because you don’t know how not to break existing behavior. This is Legacy Code.

You need to realize a few things:

Hear me out again:

Legacy Code is the code you need to change and you struggle to understand.

Why is that definition useful? Because it states something people fail to realize: Legacy Code is a personal point of view.

It depends on your understanding of the code. And your feeling about changing it.

Hopefully, there are techniques to get familiar with Legacy Code faster!

Learning to understand Legacy Code is essential to be productive. 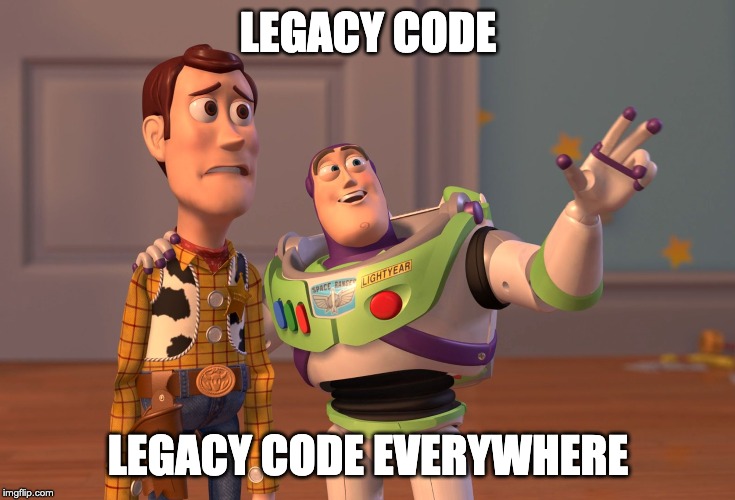 There is a lot of Legacy Code out there! Every codebase you’ll work on will mostly be Legacy. You can try to avoid it and feel bad when you’re stuck with it…

Or you can see this as an opportunity to develop valuable skills that will make you stand out as a great developer.