Should we stick to old patterns or sacrifice consistency?

A consistent codebase is easier to work with because you get used to its patterns. Your brain creates shortcuts that help you read its code faster.

Working with Legacy Code… is a different story 😅

Code usually isn’t consistent in a legacy codebase. The older it gets, the more patterns you see emerge. They accumulate into layers. Sometimes you can even tell how old some piece of code is from what it looks as if it was a tree trunk. 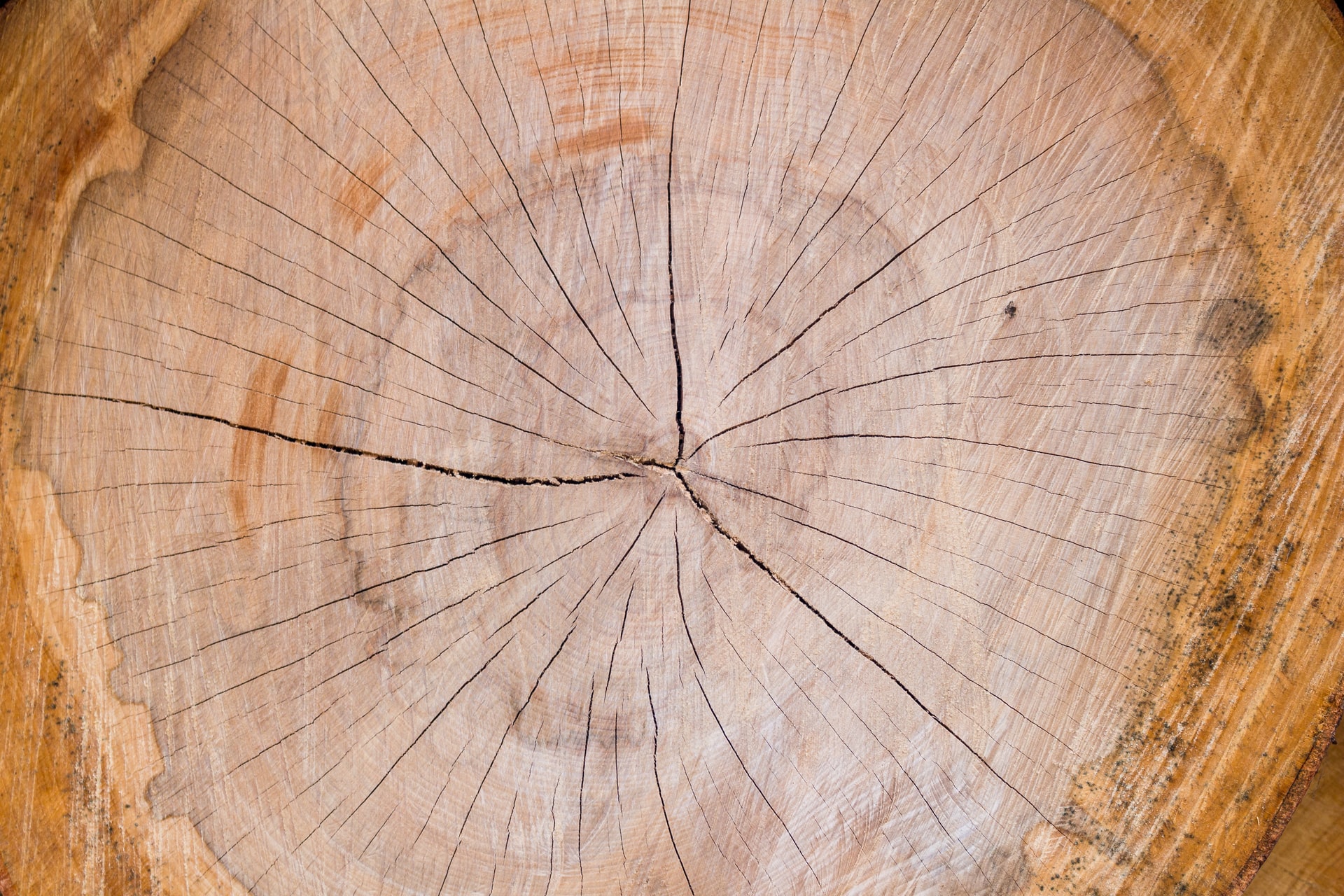 It’s hard for a codebase to stay consistent

As time passes, new patterns emerge. New ways of solving problems become idiomatic. People learn these new ways and bring them back into the codebase.

That’s a good thing! It means the team keeps learning.

Not only the team learns, but the team changes. Over time, new developers onboard and old developers quit the project. The way the team works evolves with the people composing that team.

The understanding of the problem to solve evolves too. The team learns from the feedback it receives:

If a product is successful, it will stay around for years, maybe decades. Therefore, it becomes harder and harder to maintain consistency within the system.

Preserving consistency has a cost

Think about all these React codebases that have been built with Classes Components for years, until Functional Components became the official way to go…

What do you do when you have been using Bluebird.js since 2014, but most of it could be replaced with native Promises nowadays?

What if you’ve built your product for a few years until you’ve finally found a product-market fit. Now you want to grow, but development is slowing down. What do you do when people like me told you it would be easier to maintain if you’ve had decoupled the storage mechanism from the business logic? 😅

Consistency is valuable. Evolving the way things are done is valuable. Having both, in the long run, has a cost.

It takes time to change from The Old Way to The New Way. In the meantime, the code is inconsistent, confusing. This cost can’t be neglected.

Most teams don’t have time to burn cycles to transition from pattern A to pattern B. They need to make a case for it. It’s hard to make convincing, tangible arguments when it’s all about the relative speed of navigating through the code…

That’s how you end up stuck with old practices that won’t change because “we don’t do this here”.

Read: ”… and it would cost too much to change the way we work”.

Preserve consistency vs. allow for progress?

Here’s the dilemma. Should you:

On a 20+ year-old legacy codebase, this isn’t an easy decision.

I do have an approach that balances the benefits of both paths AND minimizes the downsides. Read along…

Allow for changes, but clarify the standard

Let’s start with that: yes, I think you should evolve the ways things are done in a legacy system.

Of course a legacy system has inertia. It comes with a legacy culture. You can’t change things as fast as you would in a greenfield project.

Still, constantly pushing for improvements and change is the best thing you can do. It will take time, but time is on your side. Little improvements compound over time. You can massively transform the system if you keep slowly pushing in the right direction.

But first, you should make the direction clear.

In my experience, that’s what most teams are lacking.

Most practices are implicit and acquired across years of working on the system. That’s bad because you can’t efficiently change the ways things are done if it’s not clear how things are done in the first place.

Here’s how you can solve that:

Don’t aim for a perfect document. Timebox the time spent on this.

When collaborating (code reviews, pairing…), note the way how things are done. Refer to the document so everyone follows the same standards.

I prefer to put the exports at the top of my modules. I think it’s better for a few reasons. But that’s a personal taste. At work, I follow the conventions of our team instead of my personal style. It makes the code less surprising for anyone who has to maintain it.

In doubt, I can refer to the document to know what’s the way our team is doing things today. That is super helpful when working with a legacy system with inconsistent patterns.

But because of that, it may happen that decisions about team standards turn into endless debates. One solution: timebox.

Adopting a standard is more important than adopting the best one.

If you notice the discussion is going nowhere and there’s no consensus, have the Tech Lead decide. Start with that.

Some things are difficult to prove with pure debate. You’ll go faster by picking a way and THEN see if that creates new problems.

Some things don’t worth spending time and energy to manually manage them. Computers can automate work for you, use them. That will save you precious hours every week.

If you don’t have it already, I encourage you to automate 2 things:

Once these are automated, your coding standards document will only refer to things that can’t be. This is where things get interesting. You have more time to think about consistent approaches to solve problems, like Design Patterns.

Explicit standards will promote consistency across the codebase.

And that will help you work faster.

That’s for #consistency, but how do you adopt new ways of doing things?

Change standards AND document the change

If you think there’s a better way to doing things, you should:

It doesn’t take much: a short async discussion on a pull request, or a Slack thread could do. If the discussion takes long, I recommend having a synchronous meeting to discuss.

It can be ad-hoc, or you may dedicate a 30min meeting every 2 weeks to discuss the suggestions. It doesn’t have to take long to be efficient, but it should be frequent enough.

Alright! Say you decide on a new way of doing something, how do you preserve the sacred consistency?

Now we’re getting into the heart of the problem…

First of all, document the change!

Changing standards is fine, as long as it’s explicit and documented.

When you decide to change “the way we do things”, you have 2 options to roll it out.

For both options, the first thing to do is to document the change.

Documenting is the heart of the trick. Even if your codebase gets inconsistent for a while, people should be able to go back to a documented standard to understand what’s the current way of doing things.

If you made coding standards explicit, then changing them should be easy. I also recommend writing a short ADR along with the change, to explain why you’re making this decision.

Maybe there’s a more modern approach available now. Or maybe the old pattern is causing trouble. Today, you know better! Capture this insight in a small markdown file, along the codebase. Future maintainers will thank you for that! 🙏

OK, the change is documented, the direction is clear… Let’s change “the way we do things”!

You now have 2 options:

Depending on your language and tooling, you may be lucky enough to have tools that can refactor your codebase at scale!

I know these tools under the name of codemods. They will reformat your code, so you switch from The Old Way into The New Way with a snap 👌

This may involve some learning and coding. It pays off. Being able to reliably transform a codebase at scale is an interesting skill to develop.

Sometimes, other people would have done the work for you so you can just re-use it.

Here are some of the tools I know:

Thank you Matteo for sharing the tools you knew!

When using such a tool, I recommend you:

That requires a bit of coordination. Don’t freeze the main branch for too long—running the tool shouldn’t take long anyway.

What about the other branches? Yes, they may have conflicts with the main branch. That’s fine, here’s the recipe to solve a conflict:

2) Eventual consistency: get there progressively

When you are not lucky enough to be able to automate the change, you’ll have to bite the bullet: things will become inconsistent. 👻

First of all: that’s OK.

Consistency is desirable, but it should not hinder changes.

That’s OK because you have explicitly documented your standards. Things will be inconsistent, but it will be very clear what is the correct way of doing things now.

From now on, any new code should follow the standard.

Enforce it when collaborating. Share the knowledge among the team. If you can automate this with a simple linter rule, do it.

However, resist the temptation of refactoring the old patterns throughout the code. First, you probably don’t have the time to do so. Then, as long as you don’t need to work with the code the inconsistency won’t impact you.

Instead, only refactor the old patterns that you need to touch.

Your codebase may have a few million lines of code, only a subset of it is really active. Therefore, following my advice will help you:

In my experience, that’s a pragmatic approach that works fine. It’s not perfect, but you’ll be surprised how quickly it gets you in a cleaner state 🧗‍♀️

Conclusion: Trade consistency for progress, but keep your standards explicit

Phew, this was a long one!

To be fair, that’s not a trivial topic. Hopefully, you now have some insights to get out of the dilemma.

My recipe for recovering from outdated dependencies and keeping healthy habits

It seems necessary to start adding tests on this code… but what if it makes things worse?

If you mock, are you even testing?

Is this the real code? Is this just fantasy? Let's discuss the problem with unit testing Legacy Code and an approach you can take.

You need to fix a bug, but you can't spend a week on it? Here's a technique to isolate problematic side-effects and write tests within minutes.